Even the Rocks Are Stressed These Days: Seismic Activity in the Permian Basin

This is the first of a multi-part series from B3 on the relationship between seismicity and the water management business. Here we discuss the current understanding of the mechanics behind induced seismicity related to fluid injection and the current state of seismic activity in the Permian Basin.

It’s easy to forget that the ground we walk on is not static but a dynamic, moving thing – tectonic plates shift, volcanoes erupt, and earthquakes shudder underneath. It’s even easier to forget that we can have an impact on whether and how the ground moves below us. The mining, construction, and energy industries have the ability to impact the sub-surface through industrial activities like hydroelectric dam construction, hydrocarbon extraction and storage, minerals extraction, hydraulic fracturing, geothermal energy development, and carbon sequestration. In addition to these, there is growing concern about seismicity and sub-surface injection of fluids for disposal, particularly in the oil and gas basins of the southwestern US.

Research is ongoing and currently inconclusive regarding the triggers for induced seismicity in the Permian Basin of the southwestern US. When there was a similar increase in seismic events in Oklahoma around 2009, the finger was mostly pointed toward fluid disposal. However, the geology in the Permian Basin is very different from Oklahoma. Formations used for injection in Oklahoma have different deformational histories and are closer to brittle, crystalline basement rock than Permian injection formations. These differences may make Oklahoma’s geology more susceptible to injection-related seismicity. The increase in seismicity in the Permian Basin may be influenced by hydraulic fracturing, fluid disposal, hydrocarbon extraction, or some combination of these and other variables.

1. Fluids fill the pore spaces in faulted rocks, gradually increasing the pore pressure around faults until the force keeping a fault stationary is surpassed by the pressure of the fluid forcing the fault apart which allows the rocks to slide past one another, resulting in a seismic event (Figure 1[1]).

2. Fluids injected in rock formations above deeper faults can increase the pressure pushing down on those deep faults, which changes the previously stable pressure around the fault and allows the fault to slip, producing a seismic event (Figure 2 [2]).

The specific mechanics of disposal induced seismicity are a matter of ongoing scientific research, but the anecdotal evidence is mounting, and many experts are beginning to concur that sub-surface injection of fluids does have some impact on ground stability [3]. This is concerning, considering that over the past 15 years, the volume of water to manage in the Permian Basin of Texas (TX) and New Mexico (NM) has grown dramatically, from about 5.5 billion barrels of water in 2017 to over 8 billion barrels in 2020. Most of this water has been managed through sub-surface disposal, and in that same time we have seen an increase in seismicity across the Permian Basin.

Seismicity in the Permian Basin

Historically, seismicity in the Permian has mainly affected the Delaware Basin, but within the past year there has been an increase in seismic events impacting the Midland Basin as well. The largest quakes in the recent recorded seismic history of the Midland Basin occurred within the past few years [5]. Just in September 2021, a M 3.7 earthquake and a M 2.6 earthquake struck on the Martin-Midland County border, driving recent requests for injection rate reductions in the region [6]. Currently, about 7,500 square miles of the Permian falls within a 5.64 mi radius [7] of a quake M 2.0 or greater; by the end of 2022 this could reach almost 11,000 square miles (7.0 million acres) (Figures 4a and 4b).

Seismicity has been the primary driver of new regulation impacting oil and gas operations in the Permian Basin over the past few years. Public awareness of seismicity in the southwestern US is at an all-time high while public tolerance of seismicity is at an historic low. This is understandable; seismicity is concerning and uncertainty around the causes of seismicity heightens those concerns. To address some of these worries, regulatory bodies have been racing to develop rules and guidelines for the energy industry with the goal of reining in the growing number and size of earthquakes across the southwestern US. Much of this new regulation is focused on limiting the pressure, rate, and total volume of fluid injected into the sub-surface with the assumption that less fluid injection will mitigate seismic risk. New regulations have serious cost implications for producers’ disposal permitting and operations, adding additional time demands, equipment, and expenses, which will be further exacerbated as disposal volumes continue to soar.

B3 is working with industry experts to develop data driven solutions around seismicity impacts to water management. Visualizing the nexus of water management operations, oil and gas development, and seismicity, as can be done in B3’s OilfieldH20 Platform, will be imperative in planning future drilling schedules and guiding investment in infrastructure in an uncertain regulatory environment. In the next installment of this series, we will review the evolving nature of water management related seismic regulations in detail and the associated economic implications. 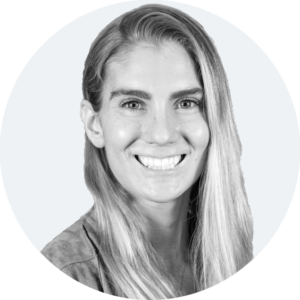 Learn More
Request a Demo
PrevPreviousLeading the Charge in Energy ESG
NextA-B-C, Easy as One, Two, Three: Seismic Grading of UIC Wells in the Permian BasinNext
Back to Insight Blog